How much disk space does Proxmox 2.x require?

How much disk space does Proxmox 2.x require?

Proxmox can be installed on very little disk space. I tested Proxmox version 2.2 and installed it on a 10GB hard disk and Proxmox installed without an issue. On an earlier test, a 2GB hard disk was not sufficient and the installer showed an error. 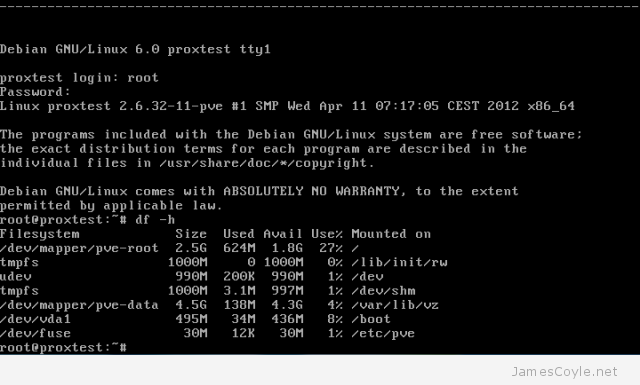 The official webpage for Proxmox hardware requirements does not state a required or recommended size. I would suggest that more is better because each VM or OpenVZ container will be stored on your hard disk. If you have multiple hard disks, you should always put your OpenVZ containers and virtual disks on the fastest one. A common setup with just two disks is detailed below.

For a test setup, two 250GB disks would be ample and enable you to try Proxmox and create multiple guests. For a production setup, the size of the disks would depend on the work load and volume of guests required. One thing is for sure though, faster is better. With SSD disks you will get the best performance with near zero seek time however they cost the most per gigabyte. For mechanical drives, use 15k rpm disks in a raid 0, or raid 10 for best speed and redundancy.

Hi, yup this post is really pleasant and I have learned lot of things from it regarding
blogging. thanks.