If you’ve installed OBIEE as many times as I have you’ll be more than familiar with the RCU and the two schemas it creates, MDS and BIPLATFORM. What you may not know, howerver, is that the MDS schema can be shared with multiple installations of OBIEE. A BIPLATFORM schema is still required for each OBIEE environment. The above diagram shows a single MDS schema which is shared with each OBIEE environment; Dev, Test and Prod. Each of the OBIEE environments still has it’s own BI_PLATFORM schema. When running the RCU, you will need to run it 3 times in total; once with the MDS and BIPLATFORM components selected, and twice with just the BIPLATFORM component selected. 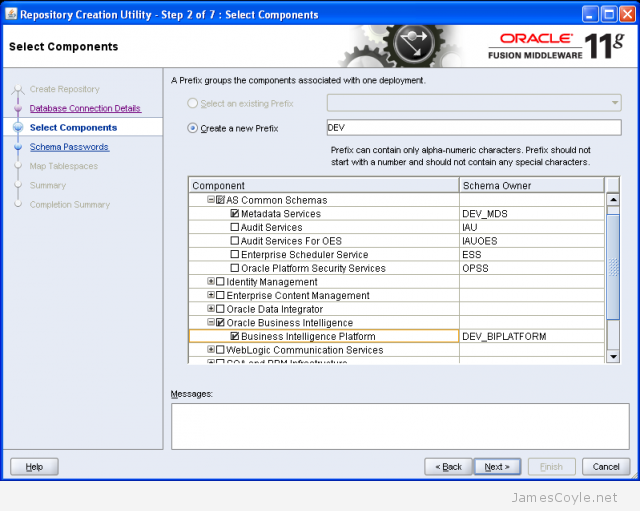 When it comes to installing OBIEE, you simpley use the same MDS details for all servers, but change the BIPLATFORM credentials to match the environment.

Obviously this method introduces it’s own problems with several environments using the same database when it comes to patching and upgrading. I’m not saying you should do it this way, just that you can!

What’d be the use case for this? Saving putting 50p in the meter per schema? ;-)

It shaves about 10 seconds off the RCU process – you could spend the extra time with your children, or something.