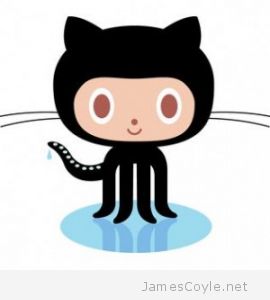 I have recently been playing around with Git on Ubuntu and noticed that the version in the standard repository is a few versions behind the latest release.

Using the PPA repositories, you can install the latest version of the Git client software without having to build it from scratch.

Make sure you have the python-software-properties package installed.

Then add the repository and install git.

If you already have git installed, you can simply update to the latest version.

Most Linux based systems use a software repository which is either local (a CD-ROM) or remote (a web address) to install new software and manage software updates to already installed software. For Ubuntu/ Debian based Linux distributions apt-get is used to interact with these software repositories, for Red Hat/ CentOS its yum.

With a default Linux installation a suite of repositories are installed to manage the core operating system and install additional applications. As these repositories are critical to the Linux distribution it is difficult for software developers to get their software included in them because they have to be verified for stability and security. This means that the repositories are often behind the official release schedule of 3rd party software or don’t include the software at all. In older versions of Linux support may have been dropped altogether in favour of maintaining the newer versions of the distribution.

It’s here where Launchpad comes in. Developers can add their software to the Launchpad or PPA repository which can be added to a Linux distribution to enable installation of additional software which is not available in the core repositories.

GlusterFS, for example, is at version 3.2.5 in the core Ubuntu 12.04 distribution however the official release of GlusterFS is 3.4. You could build the GlusterFS binaries directly from source and I’ll cover that in a future blog post, but we are not going to do that here.

Kindly, semiosis has created a GlusterFS repository on Launchpad which we can add to our Ubuntu installation to deliver the latest (or thereabouts) version of the software.

Although this example details the Ubuntu GlusterFS 3.4 specifically, any Launchpad repository is added in the same way. For other software visit https://launchpad.net/ubuntu/+ppas and use the search function.

Make sure you have the following python utility installed which is used to add the repository to your Ubuntu sources list: