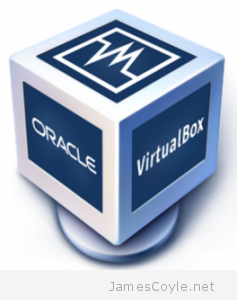 Oracle’s VirtualBox can use a few different virtual disk types, however their own disk type is VDI (VirtualBox Disk Image). It’s not one of the most widely used formats so if you’ve downloaded a VM, it’s unlikely its disk in is VDI format.

Luckily with the tools from VirtualBox you’re able to move virtual disks between VMDK and VDI formats.

Now run the VBoxManage command with the clonehd switch to create a copy of your VMDK in the VDI format.

Before you start, make sure you remove any snapshots on the source disk, and ensure it’s not attached to a running virtual machine.

Run the below command and substitute your input and output virtual disk image paths:

In the above example, change server1-disk1.vmdk to your input VMDK disk and c:\vms\server2\server2-disk1.vdi to the path you’d like to store the ouput VDI. 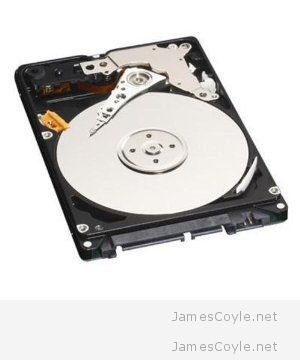 Sparse disk image formats such as qcow2 only consume the physical disk space which they need. For example, if a guest is given a qcow2 image with a size of 100GB but has only written to 10GB then only 10GB of physical disk space will be used. There is some slight overhead associated, so the above example may not be strictly true, but you get the idea.

There is another problem with sparse disk formats, they don’t automatically shrink. Let’s say you fill 100GB of a sparse disk (we know this will roughly consume 100GB of physical disk space) and then delete some files so that you are only using 50GB. The physical disk space used should be 50GB, right? Wrong. Because the disk image doesn’t shrink, it will always be 100GB on the file system even if the guest is now using less. The below steps will detail how to get round this issue.

We need to fill the disk of the guest with zero’s (or any other character) so that the disk image can be re-compressed.

In a terminal, run the below command until you run out of disk space. Before running this, be sure to stop any applications running on the guest otherwise errors may result.

Once the command errors out (this may take a while depending on your disk image size and physical disk speed) delete the file.

Shutdown the guest and follow the steps below under All OS’s.

You will need to download a tool called sdelete from Microsoft which is will fill the entire disk with zeros which can be re-compressed later.

Once you have downloaded and extracted sdelete, open up a command prompt and enter the following. This assumes that sdelete was extracted into c:\ and c:\ is the disk you would like to use to reclaim space

Once this completes (this may take a while depending on your disk image size and physical disk speed), shutdown the guest and follow the below steps under All OS’s.

The rest of the process is done on the host so open up a terminal window and SSH to your Proxmox host. Move to the directory where the disk image is stored and run the below commands.

Make sure you have shut down the virtual machine which is using the qcow2 image file before running the below commands.

The above commands move the original image file, and then re-compress it to it’s original name. This will shrink the qcow2 image to consume less physical disk space.

You can now start the guest and check that everything is in working order. If it is, you can remove the original_image.qcow2_backup file.